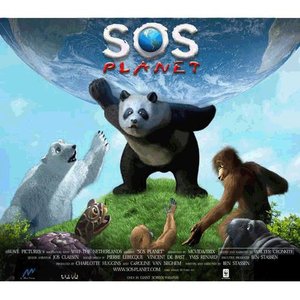 Availability:
Out of stock

Add to wishlist Add to comparison

You are invited to experience the plight of our fragile planet and its changing environments, in a totally new way, in cutting-edge 3-D.

From the depths of the ocean,
To the chill of the Arctic,
To the thrill of the jungle...

Hosted and narrated by Walter Cronkite, SOS Planet uses state-of-the-art 3-D and digital animation to explore three of the planet's most troubled environmental areas. With the immersive effect of 3-D and stunningly realistic computer-generated animals, this giant screen film plunges audiences into lush environments, blending live action and animation to illustrate some of the greatest dangers facing the Earth today: global warming, rainforest deforestation and depletion of the oceans.

Produced by nWave Pictures in association with the World Wide Fund for Nature - The Netherlands (WWF), SOS Planet breaks new ground with dramatic digital effects used in ways never before seen on the giant screen.

One World. One Future.

0 stars based on 0 reviews Add your review